Magic and mayhem. Vampires and gods. Cops and werewolves. The binding thread of mysticism in the modern world and acts of kindness, small and large, random and focused. Join these ten authors as we travel through their worlds.

All of the author proceeds from the sales of this anthology will go to the Random Acts Organization, sponsoring kindness throughout the world. This is not official Random Acts merchandise, but is a fundraising project under permission from the charity.

Diantha Jones loves writing fantasy books filled with adventure, romance, and magic. She’s the author of the Oracle of Delphi series, the Mythos series, and the Djinn Order series (as A. Star). When she isn’t writing or working, she is reading or being hypnotized by Netflix. She is a serious night-owl and while everyone else is grinning in the warmth and sunlight, she’s hoping for gloominess and rain. Yeah, she’s weird like that.

Angela B. Chrysler is a writer, logician, philosopher, and die-hard nerd who studies theology, historical linguistics, music composition, and medieval European history in New York with a dry sense of humor and an unusual sense of sarcasm. She lives in a garden with her family and cats.

In 2014, Ms. Chrysler founded Brain to Books: the marketing promotional engine and online Encyclopedia for authors. A passionate gardener and incurable cat lover, Ms. Chrysler spends her days drinking coffee and writing beside a volume of Edgar Allan Poe who strongly influences her style to this day. When Ms. Chrysler is not writing, she enables her addictions to all things nerdy, and reads everything she can get her hands on no matter the genre. Occasionally, she finds time to mother her three children and debate with her life-long friend who she eventually married. Her writing is often compared to Tad Williams. Her influences are Edgar Allan Poe, The Phantom of the Opera, and Frankenstein

Kim’ love of reading came after her mother introduced her to Tolkien and the Hobbit, followed by Lord of the Rings. She also lovingly blames her mother for her love of Science Fiction and Fantasy, thanks to being raised on Star Trek. Kim has always had a vivid imagination, but it wasn’t until she finished with graduate school (where she earned a Master’s of Science in Geology) that she found she could focus her imagination into creating her own characters and stories. Much of her writing has been for various play by email or forum role play universes, though Kim does hope this will be the first of many more stories she writes for publication.

When not writing, Kim can be found snowboarding, hiking, or doting on her furry beasts.

Born a Connecticut Yankee in nobody’s court, Mia Darien grew up to brave snow and talk fast. She started reading when she was three and never looked back, soon frequently falling asleep with a book under her cheek. (Something she still does, though these days it?s her Nook as often as a paperback.)

At eleven, she discovered Night Mare by Piers Anthony and entered the world of grown-up fantasy fiction and it was all over from there. She started writing at fourteen, then met vampires as a teenager and the concept for what would become Adelheid was soon born. Epic fantasy remains her first love, but she enjoys writing whatever stories come to mind in any genre.

Now she loves both writing and helping her indie community with her freelancing. A geek till the end, she enjoys role-play by email games and World of Warcraft when she has the time. Married to her very own Named Man of the North, she lives with him, their mini-tank (also known as their son) and pets, who usually act more childish than the child.

Award-winning paranormal and contemporary romance author, Abigail Owen was born in Greeley, Colorado, and resides in Austin, Texas, with her husband and two adorable children who are the center of her universe.

Abigail grew up consuming books and exploring the world through her writing. A fourth generation graduate of Texas A&M University, she attempted to find a practical career related to her favorite pastime by earning a degree in English Rhetoric (Technical Writing). However, she swiftly discovered that writing without imagination is not nearly as fun as writing with it.

Born a small town Missourian, Crystal grew up in a time where reading was used for her escape from the everyday worries of a young girl.  She then began developing ideas of how she would write a book and what she would do with her characters.  Soon, idea came to typewriter and then thankfully computers.

Her love of reading is not centered on one specific genre, but with her writing, she has a tendency to stay with the romance genre.  Whether it be modern day romance or paranormal romance, and a lot of steamy, she enjoys writing a story where characters find love in one another no matter how twisted their lives.

She has written several stories for charity to date and continues to write novellas and novels.  She is an indie author with a large imagination and even larger heart.  She is married with four children, (even though two of them have four legs).  She works full-time as a pediatric nurse and when she isn’t acting goofy with family, you can find her reading or writing.

Kat Jameson has been having just plain wicked thoughts for about as long as she’s been writing, so it seemed like a very natural progression that the two would end up together. She is a woman who seems perfectly average on the outside, but believes in a great capacity for the power of love and the joy of sex and thinks constraints should be put on neither so long as everyone involved is happy. So that’s what she writes about.

Christi Rigby lives in Colorado with her husband and her two teen boys, rounding out the group is a bernese mountain dog and an old orange cat that can’t seem to sleep in the morning past the need for some kibble at 5 am, then returns to the bed after it has been vacated but the owners. She has written a number of short stories for publication and is working on her first book to be published. When she is not writing at a keyboard she is always writing in her mind, so to say writing is her real life over the job she holds would be a fair representation. An avid guide along the path to geekdom for her children and friends, she is a fan of comic books, any number of Science Fiction/Fantasy television shows and movies, computer and console gaming, and just about anything Scandinavian or British Isles in nature. One day she hopes that her choice to make writing her life will lead to a visit to the Isle of Man.

Jessica Nicholls is originally from Northern Illinois. She lived in the Northwest of England for just over ten years, where she studied and had her children. Jessica still lives overseas with her husband and two school age kids. Running, reading and watching films are her favourite hobbies. She loves spirits, passionate love stories, vampires, shape shifters, mythology and almost anything historical. The most important thing for her is for a story to feel real, something to genuinely escape into. Writing the type of stories she would enjoy reading is a passion. 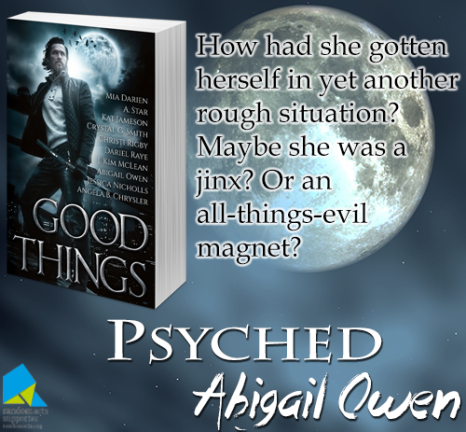 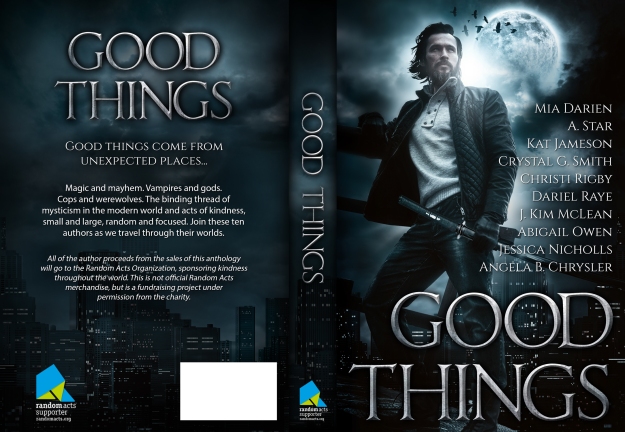