I haven’t run one of these for a while so I’m delighted to post this so early in the year. Tom Barczak writes some great fantasy, and he knows what’s what in the realms of imagination, magic and monsters.  So welcome to the first guest post of 2017.

Welcome Thomas Barczak – Author of “Mouth of the Dragon – Prophecy of the Evarun” by Perseid Press.

Writing from my desk in Norman, Oklahoma

It has been argued fantasy is full of ‘tropes’ – what are your views on this? I would agree. But I think some of that is unavoidable. Much of science fiction includes space travel, or at least reference to it. Fantasy has dwarves and elves. Where a fantasy author can get into trouble, is when they don’t try to expand the definition of it. Tolkien broke great ground with his work. It’s so easy to limit one-self to what he did. The publishing industry, even Amazon, has categories that, I think, it’s too easy not to stray away from.

With “Mouth of the Dragon” and “Prophecy of the Evarun” as a whole, I didn’t want to do that. I have always tried to listen to the story, and let it tell me its own legends and its own myth. There are no dwarves. There are no elves. There are dragons and wizards, but again, they are something entirely unto themselves and unique to this mythology. Smaug has no place in it. Nor does Dumbeldore.

So then the question becomes, how do you create the mystery without those elements we depend on so much? Like I said, it’s easy to be lazy. It’s not hard to convey mystery walking into an elvish kingdom. It’s a lot harder without them.

With “Mouth of the Dragon”, I depend on language and culture to show mystery. Go to another country where you don’t speak the language. It will be an adventure. No elves required.

So I guess the question for the author should be, “What does fantasy mean to me?” For me it has always been the story, the hero’s journey. A good story doesn’t need anything else. Even Tolkien, if you took away the fantastic, the hero’s journey would still be there. Where fantasy gets a bad rap is when authors depend on the fantastic instead of the story.

How important are ‘facts’ in fantasy/science fiction – does something need to be plausible to be believable? Great question. Yes. Yes. Yes. And, no.

There is a great fantasy book by a wonderful author, set in a medieval fantasy world. In it, the young hero goes into his room and gets a pair of socks out of his dresser drawer. The author wrote what he knew and he killed it for me. In the real world, peasants didn’t have dresser drawers or probably even socks. Leggings in a wooden box would have been more accurate. Now maybe in this world they do, but that then becomes the responsibility of the author to say that to me. But he didn’t and it pulled me right out of the story.

Another thing that kills me is how everyone has 20/20 vision without any vision correction. Me, I wear glasses. I’d be eaten by a bear in a week. Then again, maybe that’s why there are only people with 20/20 left. I actually addressed that in a short story about a young, almost blind, girl, called “Forged”. The story is in a book called Heroika: Dragon Eaters, published by Perseid Press. The story challenged my writing, having to explain how she saw the world through a veil, and one that was completely normal one to her.

Fantasy and science fiction used to be seen as very male-oriented, do you think this is still the case. Do you have any experience of this? I’m glad to see it changing. I have several strong female characters leads in “Mouth of the Dragon”. The story required them. So I guess I hope that that’s be ok. It certainly is with me. The challenge as a writer, of course, is that it challenges just about every stereotype that you could possibly have. Makes me a better writer, and I daresay, I think it makes me a better man.

What are some myths in YOUR society/cultural identity, how are they perceived and why are they important? Why have they endured? Well, it seems that much of what I write is about death and rebirth. I don’t know how much culture I have. I’m ½ Polish, ¼ English and ¼ Irish. I grew up in Oklahoma. I’m Catholic, which probably carries more weight than any of that. But probably my two greatest influences have been my own bottom and subsequent recovery, and the death of my daughter. I believe these two things have probably shaped who I am, and what I write, more than anything else. Double negative warning, but it can’t not affect what I write, and how I see what I write.

Death and rebirth. You can’t have one without the other. I can’t. It’s part of who I am.

“Mouth of the Dragon” is a dark, epic, and redemptive fantasy. It’s probably the darkest piece I’ve ever written, but the whole crux of the story depends on this one thing called hope, and faith, and trust. I really believe you have to have the redemptive part. You have to have the shadow too, but without the light. I mean really, what’s the point?

The whole point of fantasy, I believe, is, and has always been, to give us a vision beyond our circumstances.

Alex, thank you so much for having me on your blog.

Mouth of the Dragon on Amazon

Tom Barczak Author Page for Veil of the Dragon 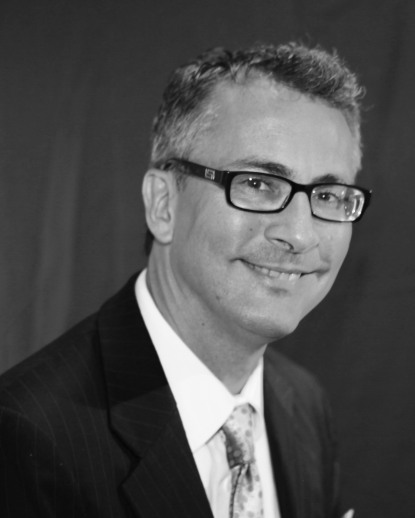