God’s never had a warrior quite like Jerlo on his side.

That’s probably a good thing since a body and a book are unaccounted for. Both formerly belonged to a vanquished demon, but neither were found when the dust cleared. The question of what happened to them prods Jerlo to seek out the one person he swore he’d never speak to—a man everyone thinks is long dead. Jerlo’s relentless quest leads to the oubliette and a psycho’s cell where shadows of his past take him captive. Jerlo must outwit the dark force rising in his home without magic before he falls under its sway. The life of his ward hangs in the balance. One wrong move and the young man God asked him to protect will end up a mindless automaton, or worse, dead.

In a land where magic is their only hope, can a man of faith triumph?

***Curse Breaker 2: Darkens can be read as a stand-alone book or as part of the Curse Breaker Series. Shh, don’t tell the characters I told you that. We’ll just keep that a secret, okay? 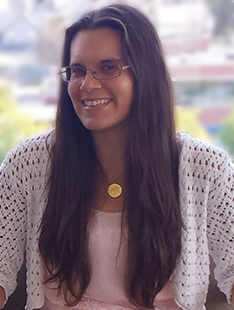 About the Author:
Melinda
Kucsera writes fantastic short stories, novels and books when not being
kidnapped by dragons or chased by armies of fictional characters
demanding that their stories be told. She leaves the running of her
newsletter to a cast of loveable characters who are far better at
engaging in magical mayhem than in effectively marketing the books they
star in. They also run her website, https://melindakucsera.com Sign up here to experience their weekly shenanigans: http://www.mkucsera.com/welcomecharacters. Such is the exciting life of this author.
Author links:
Email: melinda@melinda-kucsera.com
Website: https://melindakucsera.com
Twitter: https://twitter.com/MelindaKucsera/
Facebook: https://www.facebook.com/melinda.kucsera/