Welcome back to Walter Rhein, fantasy author. He’s visited a couple of times before, but he’s back to talk about his exciting new release.

My latest book is called ‘The Literate Thief‘ and it is the second book in a three-part series entitled ‘The Slaves of Erafor.’ I first embarked on this journey when I met Janet Morris on Facebook. Having some discussions with her inspired me to put together a narrative I’d been daydreaming about. The narrative involved slavery, but not in the historical sense. I wanted to approach the idea of how we all become slaves of thought to various ideas, and what the cause of this widespread slavery is.

The scary thing is that this series has become more relevant. I’m seeing more and more instances of narrative control in the media, particularly in the United States. However, I didn’t write this book as a response to US politics. I wrote it as a general condemnation of evil as it tends to manifest. Any similarities to current events are purely coincidental.

I think it’s important to know that the idea that ‘quality work finds an audience’ is something of a myth. Sure, maybe over time a quality book will gain traction, but you really have to publicize it. The publishing world is very corrupt. I meet a lot of people with Master’s Degrees in English and they make me want to pull their hair out because a lot of what they’ve been taught to believe is simply not true.

Also, literature is very elitist. There are many poverty class writers out there who are producing fantastic work and the literary community completely ignores them. When I say ‘poverty-class’ I’m talking about storytellers that you might come across in bars or other places. I’ve heard stories told in bars that are better than anything that would ever come out of a prestigious magazine by highly educated writers. I think those highly educated writers resent their lack of talent, and the grand talent that can be found elsewhere, and they take action to make sure those voices are silenced.

4. What are your views on authors offering free books? Do you believe, as some do, that it demeans an author and his or her work?

I don’t understand how you can promote a book without giving some copies away. After all, don’t you send a book to the publisher for free? It’s not like publishers pay you to read your work now is it?

The reality is that all major publisher give away hundreds, if not thousands of advance reader copies in order to hit the market riding the crest of a wave of reviews. Sometimes indie writers are held to a different standard than major publishers on this issue, which doesn’t make any sense to me.

I don’t think it demeans the work at all. You want people to read what you wrote and that’s not easy to do. If you think something is important enough to put in the effort to publish it, then you shouldn’t have any qualms about doing whatever you can to get as many people as possible to read it.

I actually just did this on my own blog. There was a review that I really appreciated on Amazon, so I took the text and responded to it on my blog, you can read it here. Responding to reviews is very important I think, as long as you don’t do it in a way that makes you look foolish. I find that the reviews I’ve received have greatly helped me improve my work, and they direct the sequels a little bit too. Interacting with readers is the whole point of this endeavor.

However, I would say don’t respond on Amazon, because Amazon might freak out and delete your whole account. It’s always important to bring the debate to a platform where you have control.

I haven’t gotten too many lately, but that’s just a by-product of my current popularity I think. I have a wonderful group of followers who offer genuine comments and are excited about my books. If I move up to the next level, a little bit more mainstream level, I’m sure I’ll get more negative reviews. If a reviewer offers what I believe to be a viable point, I’m always grateful to them. However, it’s irritating when you get a negative review for some reason that’s absolutely absurd. But it’s like getting into an argument on Facebook, you have to trust that the next person who comes along can see which person is arguing in semi-coherent sentence fragments, and which one seems to flash a little education.

The toughest critic I’ve encountered so far is Janet Morris, but when she points something out I’ve always agreed that something had to be changed. Sincere criticism makes you a better writer, so I’m always appreciative of that.

I have extensive notes for two books, first is the follow up to ‘The Literate Thief’ which will be the third book in the series. There will be something of a conclusion to a major narrative thread in this volume, but I’ve not dismissed the idea of doing a fourth volume.

I also have a book about education that I’ve been scribbling notes for. I haven’t quite figured out what the tone for that one will be, but I think it has to be comical, something like ‘Catch-22.’ I’ve written a dozen or so chapters for it, but I haven’t quite gotten the narrative voice figured out. Once I get it, I’m pretty sure the book will flow out of me quickly, but you can’t push it in the meantime.

I’m currently reading ‘The Scarecrow‘ by Cas Peace. It’s one of her Albia stories and it’s fantastic. Peace is a great writer that more people should be aware of.

Without a doubt. The reality is that if you go mainstream you’re going to get the same old safe narrative over and over again. Mainstream follows the trends and indie sets them. I was in a Barnes & Noble the other day and I took a picture of the front display just because there wasn’t a single book on sale that I had any interest in reading whatsoever. It’s all book adaptations of powerful films and biographies of boring celebrities that are famous for doing nothing. Who wants to be traditionally published when that’s the kind of garbage you have to write?

I’m published with Perseid Publishing, a small press owned by Janet Morris. Morris is a very well-respected writer, but I still find that I’m regarded with skepticism among certain writing communities. I’ve come to believe that the literary community is, to some extent, more interested in silencing voices than giving them a platform. This makes sense if you consider the money angle. It’s easy enough to understand that some groups don’t want a book to be widely read if it doesn’t make money for their company. That’s a case where the quality of a work is irrelevant.

I remember one instance where I was at the Chippewa Valley Book Festival. I was selected for this festival and I was sitting at a meeting with one of the other authors who was regarding me with undisguised contempt. I started talking with her and she clearly had the sense that I didn’t deserve to be there. Now, this was a writer I’d never heard of, and whose name I can’t even remember. It just struck me as very strange that she’d be so critical of somebody who had a publisher and who had been selected to appear in the festival. But that’s a very prevalent attitude.

I always aspire to have something useful in my books. I don’t know if it’s a “message” but it’s an encouragement to at least start thinking about certain problems or issues. A person can be greatly empowered just by examining something that s/he always believed was true without question.

Sometimes if you line up a bunch of ideas, people connect the dots and come to a new conclusion about something they’re carrying around in their mind. The fact is that there’s a lot of junk in our mind that doesn’t do us any good. In fact, it was put there on purpose to not do us any good. The difficult thing is that a lot of people have become very attached to that junk and if you try to tell them to throw it away, they become very offended. So what you have to do is set up the whole argument and have them walk along the argument with you, and at the end, hopefully they come to the realization themselves.

My hope is that I’m helping people remove the junk. Others might say I’m contributing to the problem. The good thing about writing is that, in the end, the reader can listen to you or not.

It’s just something I have to do. If I don’t write for a long period I start feeling really bad, like groggy. It just helps me take a break from thinking, or carrying ideas around in my mind. Once they’re recorded I can stop worrying about them, I guess they become somebody else’s problem at that point.

Mainly I think of my kids. Growing up I always felt that there were a dozen or so pieces of information that adults could have given me and I would have had a much easier life. I’m trying to make sure I get as many good little nuggets of information nailed down for my kids to find as I possibly can. The thing is, there are a lot of lies out there. There are false narratives used to make you beholden to some other entity or individual. That’s the kind of thing that writing can fight against, but it’s an eternal struggle.

Thanks for having me! 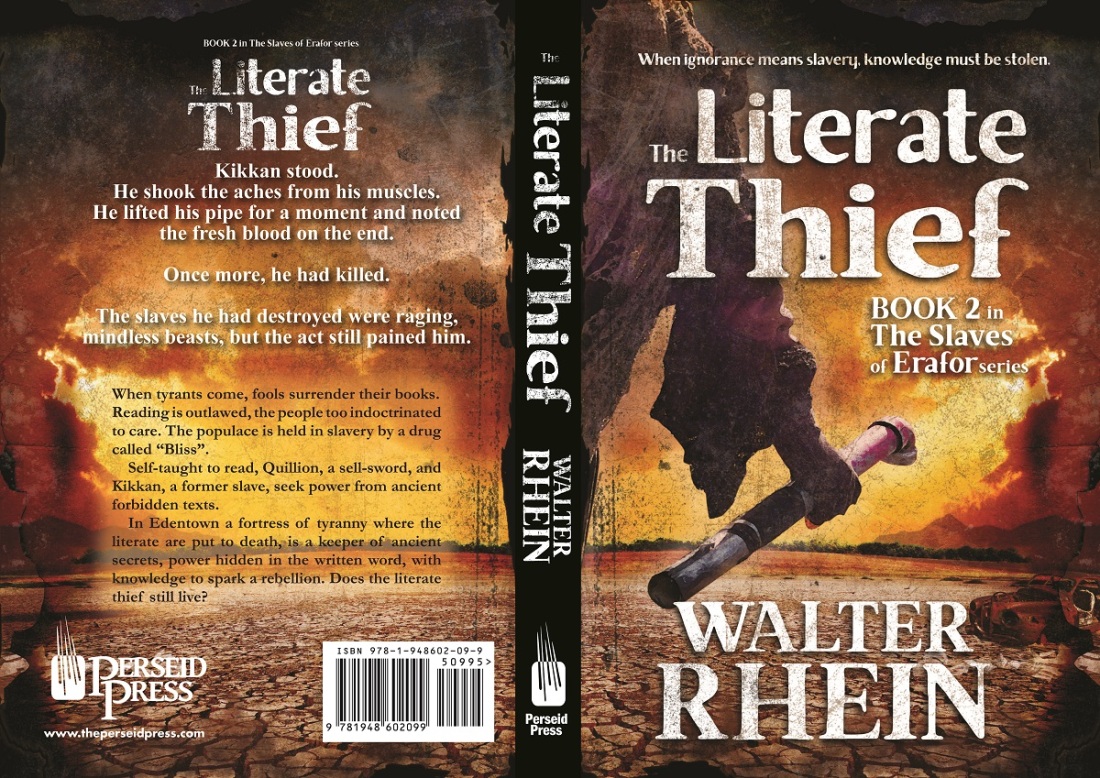