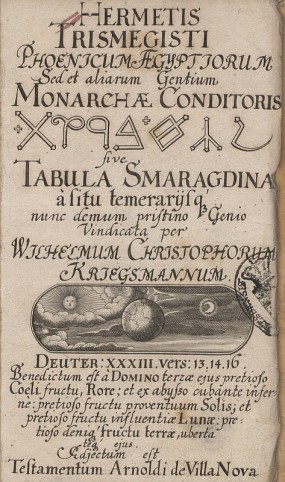 2) Tell us a bit about yourself. Many claim you to be a miracle worker, rivalling your contemporary Jesus: “No need to compare one man, or woman, to any other. Misunderstood powers, used for good or ill, flow through we hierophants. In this respect, I am merely a conduit. A magos.”

3) Do you believe in a god, or gods? “Of course. I minister people on their behalf.”

4) How do you come to be on this adventure? “In my primary life, I spent decades searching, and reassembling, the Emerald Tablet of Hermes. Atop the sacred slab, in the Serapeum of Alexandria, I passed away. Then I rose, not as a ghost, but as a tangible body.”

5) You pause. Why? “Romans were ransacking the last vestige of the Alexandria Library. Their distaste for humanity revived me. Our conflict did not end peacefully.”

6) You look at your hands. How do you view yourself? “As a bloody daemon, for certain.”

7) Angel or devil? “In my life, I was angelic. Judgement awaits for what came next.”

8) How do others see you? “Most see me with their eyes. A living, naked philosopher. Like other, wise gymnosophists. My disciple Damos sees me through his heart. He is overly loyal. Indeed, he was buried and reanimated with me.”

9) Where are your possessions? “I possess nothing. Therefore, I have the possessions of all other men.”

10) Do you have a moral code? “Spread hope and enlightenment. Slay no living thing. Eat no flesh. Be free from envy, malice, and hatred. Be powerful without inspiring fear.”

11) If you could wish for anything, what would it be? “To abide by my own moral code without fail. The sacred powers, prima materia of Hermes’ Emerald Tablet, can be corrupted, however.”

12) Do you think you make a difference in your world? “Once I did. But then time passed. Now to protect some people, I am tempted to hurt others. Gods work in mysterious ways, through flesh.”

13) What do you fear? “By defending what is righteous, I introduced a new evil to the world.”

15) What do you REALLY think of your author? “S.E.? He should be less terrified of me when I visit. When I stand beside his bed, enflamed in chartreuse astral-fire, looming over his sleeping form, I mean only to convey messages. He need not swat my effigy away. He needs to chill. Not all ghosts come to haunt.”

16) What do you want to tell him? “The secrets of alchemy are wordless, conveyed best through dreams. Tonight, when light fades, and dreams wash over your vision. Peer beside your bed. See me, and I will answer you. Pray you do not see another.”

S.E. Lindberg resides near Cincinnati, Ohio working as a microscopist, employing scientific and artistic skills to understand the manufacturing of products analogous to medieval paints. Over two decades of practicing chemistry, combined with a passion for the Sword & Sorcery genre, spurs him to write graphic adventure fictionalizing the alchemical humors (primarily under the banner “Dyscrasia Fiction”).  With Perseid Press, he writes weird tales infused with history and alchemy (Heroika: Dragon Eaters, Heroika II: Skirmishers, Pirates in Hell, Lovers in Hell). S.E. Lindberg is a Managing Editor at BlackGate.com, reviewer of authors on the topic: Beauty in Weird Fiction, and co-moderates a Goodreads group focused on Sword & Sorcery.

Conflict is a constant. When force on force is inevitable only the intrepid need come forth. Summon the Skirmishers to their eternal purpose, to face a foe who must be opposed at all cost. Gird yourself and join the brotherhood of ‘do or die.’ HEROIKA: SKIRMISHERS is an anthology of desperate struggles in far flung time-scapes, the age-old smell of battle and death. SKIRMISHERS –Tales for the bold among you!