Satchel Pong is a Meteorologist who realizes his world has been heating up slowly over the past decade. Under increasing pressure, the reluctant leader contacts the Dirigibles for advice and decides he must lead his people on a migration to safety.

Throp Islanders Satchel Pong, Antoinette Xho, and Emil Ennis lead their people away from their home, hoping to take their agricultural expertise to work together with the Lor’l Folk to survive a burning planet, but first they must find them on a distant continent.

…Satchel Pong saw a boy of about fifteen approaching. The lad was in good condition, and when he arrived Pong noted that he was not even a bit out of breath. The boy fell in step and walked alongside Pong, who picked up his pace.

“You’re Magistrate Pong, aren’t you? Said the boy. Pong thought he caught a hint of admiration in the kid’s voice.

Pong drew himself up. To be sure, sometimes it was annoying to be recognized in public, but other times, it felt quite good. “I am.”

“Bully! Well I think you’re swell, at least, maybe I do. I reckon it’s grand to sit up in the Municipal Complex and shuffle papers for a terrific wage, but teacher says you aren’t doing your job. There’s been years now since you’ve issued a report. Mother says I was just a wee lad. Why?”

“Who is your teacher?” Pong asked.

“Mrs.—er, that’s neither here nor there,” said the boy.

“My name is Emil. Everyone calls me ‘Double E.’ Why haven’t you issued a report?”

“Look, son, the weather, it’s complicated. Hard to predict. I’m not a, a, whatchamacallit. A necromancer, a thaumaturge. There’s no magic to it. It’s pure science, but you can’t know, it’s inexact, without the proper data it—”

“You’re making excuses, aren’t you? I’ve seen people make excuses in class. You know what we say. Mumble, mumble, excuses a tubful, barrel and crate, your homework is late!”

Buy this book because books 2 through 5 in the Satchel Pong Chronicles are also fantastic. The saga moves from migration across the world to the attempt at interstellar relocation. Quirky characters and odd world building and plenty of humor.

Ten tales of survival and mayhem in and beneath the streets of London – Join the adventures in this dark and diverse Tales of the City Bundle. 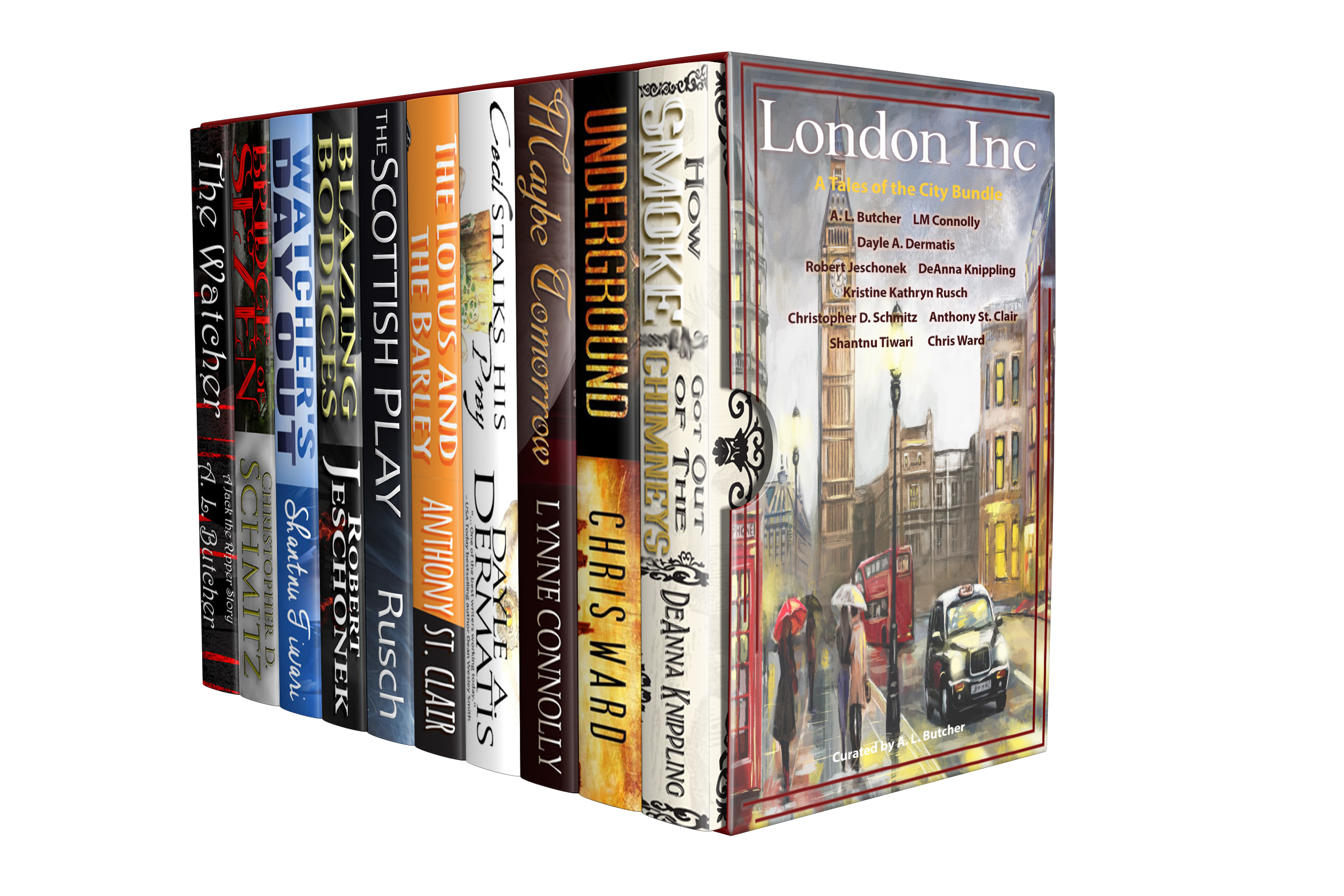