The whine of the chainsaws, and the rumble of iron machines cut through the growing sound from the forest. Death came on tracks of metal and wheels of rubber. The monkeys who commanded the machines waited, smoking and pointing towards the edges of the forest. “Where do we start?” one asked, eyeing the trees.

“Make your way to that big old one – the tallest. That will take out plenty when it falls. Look it’s three-quarters rotten anyway! Break the heart of the forest and tame it! That is how it’s done, lad.” The speaker pointed towards the Great Oak, satisfaction creased his face, and power gave his countenance a smirk. The monkey who walked on two feet was lord of the land and knew it well. He had brought death to the flora and fauna of this land, and their sap and blood soaked the soil. And he ignored the cacophony of music around him.

“This is the last patch of woodland in the country, the only unspoiled wilderness left,” someone said, from the back. “Must we?”

“It’s coming down. It’s needed for houses – people are more important than trees. They are just plants.” The foreman glared at the speaker, as the wind began to blow around them. “It’s not the last, there’s that coppice over in Haydock, and the Amazon of course.”

“The Amazon went a decade ago, boss. And that place in Haydock was bulldozed last year.” The first speaker reminded him.

The boss shrugged. “Not my problem. We have our orders. Now get to it, there is no place for conscience or sentiment here.”

The machines snarled, they spat their poison breath and rumbled forward, inexorable, awful. Monsters of modernity, some had called them. Progress had been their name from others. All the trees understood was the choking stench and the inexorable roar of impending death. Trees are not complicated, but they are not stupid. The knowledge of the wood pulsed through every branch and root; the force of nature, the will of life to survive surged.

Crack! The sound of tons of wood uprooting drowned the roar of the engines. It was the sound of defiance. Earth showered from roots, and leaves swirled as the mighty trees moved. Nature stopped; from red fox, and blackbird to tiny grey mouse life paused – the cry of war flowed through the ground, squeaked from the lowliest and sung from above. ‘We come! We stand! We fight! Nature Rises!’

Birds swooped, squawking at the monkeys who walked on two feet. Beaks were sharp, and eyeballs soft. The brave robin and the humble thrush dived, their song the sound of battle as they flew towards danger. ‘Be gone! Be gone!’

The humans flapped their arms against the onslaught.

“Get away, filthy creatures!” one monkey yelled. “I hate birds!” His flapping arms knocked birds to the ground, and some rose up for another onslaught. Others lay broken but roused the song to inspire their comrades.

“What is this? Alfred Hitchcock been ‘ere?” The foreman cried, trying to bat away the crows, pecking at his face. Blood flowed, feathers flew, and the beat of the Primal Song changed again – the music surged as other creatures joined the fray.

Available as an ebook and audiobook https://books2read.com/TheLastForest

The Last Forest is now available in Audio format, narrated by Lesley Dessalles.

When humans come to fell the last forest, they are in for a nasty surprise.

A short dark fantasy tale of the wrath of nature.

I am pleased to announce the release of the Last Forest in Spanish.

Currently available on Amazon – but publishing to the other bookstores shortly. 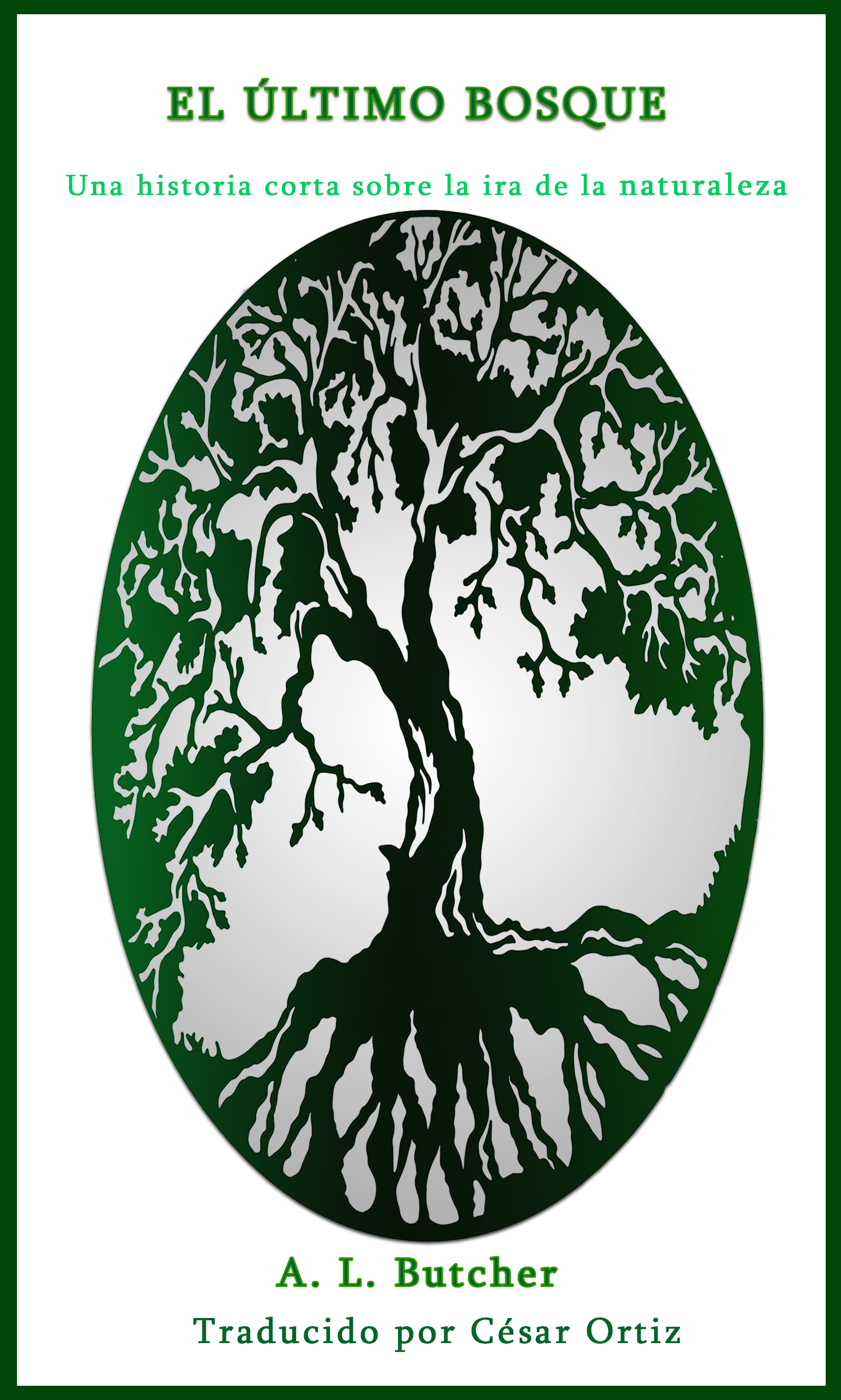 Dark tales of ghosts of war, blood from the Autumn of Terror, the wrath of nature, an unusual murder and a cynical vampire. Twisted poetry of loss and mayhem.
Some adult themes and language.
Stories:
The Secret of Blossom Rise – A Ghost Story
The Watcher – A Tale of Jack the Ripper
The Last Forest – A Tale of the Wrath of Nature
The Last Dance – An Autumnal Flash Fiction
The Sleeper – A Yoyo Murder
So Many Nights, So Many Sins – A Vampire’s Tale

Poetry:
We Must Remember
Giving It All
Enigma
Yours Truly
End of Days
Empty Classrooms
The Glass-Eyed Monster

I am pleased to announce the release of my latest short story:

When humans come to fell the last forest, they are in for a surprise.
A short dark fantasy tale of the wrath of nature.
Approx 2500 words.

Available as an e-book in all the major e-book stores.