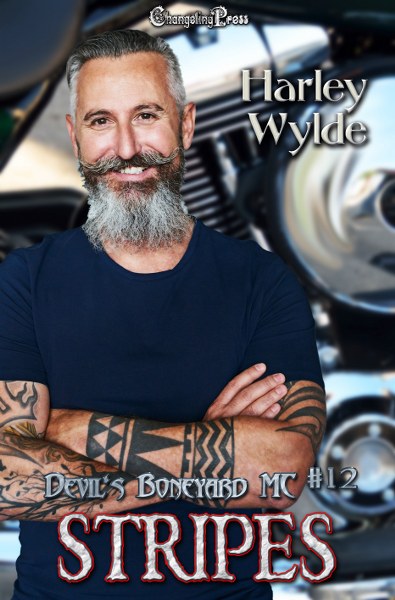 Melina — Men have never given me a reason to trust them. The Bratva taught me men are brutal. Selfish. And take what they want. Death would be better than tying myself to one ever again. Then a Russian biker swoops in to save me. As much as I want to believe everything he says, how can I? I’ve only known pain at the hands of men. I want him to be different… but any hope I had died long ago.

Stripes — She thinks she’s broken. I see a survivor. A strong woman who’s still standing despite what’s been done to her. It will take time, but I’ll help her heal. Prove not all men are evil. I’ll give her a reason to keep living. Never again will someone cause her pain. If they do, they’ll answer to me. My hands are already stained with blood. What’s a little more?

WARNING: Recommended for readers 18+ due to language, violence, and adult situations. Stripes is part of the Devil’s Boneyard MC series and contains darker content some readers may find objectionable. Stripes can be read as a stand-alone story, even though it’s part of a series. 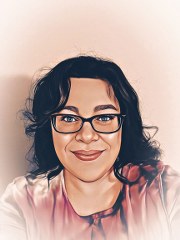 When Harley’s writing, her motto is the hotter the better — off the charts sex, commanding men, and the women who can’t deny them. If you want men who talk dirty, are sexy as hell, and take what they want, then you’ve come to the right place. She doesn’t shy away from the dangers and nastiness in the world, bringing those realities to the pages of her books, but always gives her characters a happily-ever-after and makes sure the bad guys get what they deserve.

The times Harley isn’t writing, she’s thinking up naughty things to do to her husband, drinking copious amounts of Starbucks, and reading. She loves to read and devours a book a day, sometimes more. She’s also fond of TV shows and movies from the 1980’s, as well as paranormal shows from the 1990’s to today, even though she’d much rather be reading or writing.

You can find out more about Harley or enter her monthly giveaway on her website. Be sure to join her newsletter while you’re there to learn more about discounts, signing events, and other goodies! 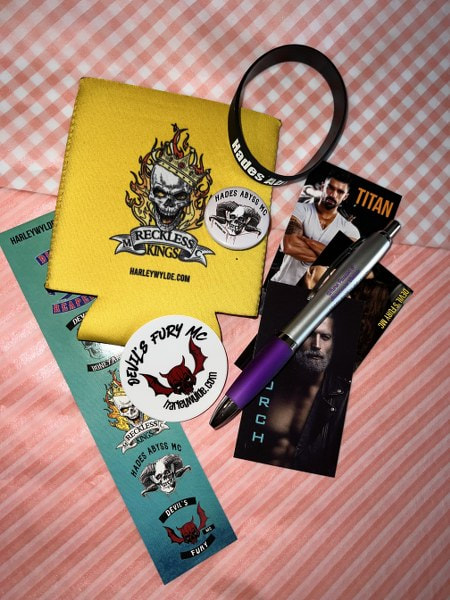